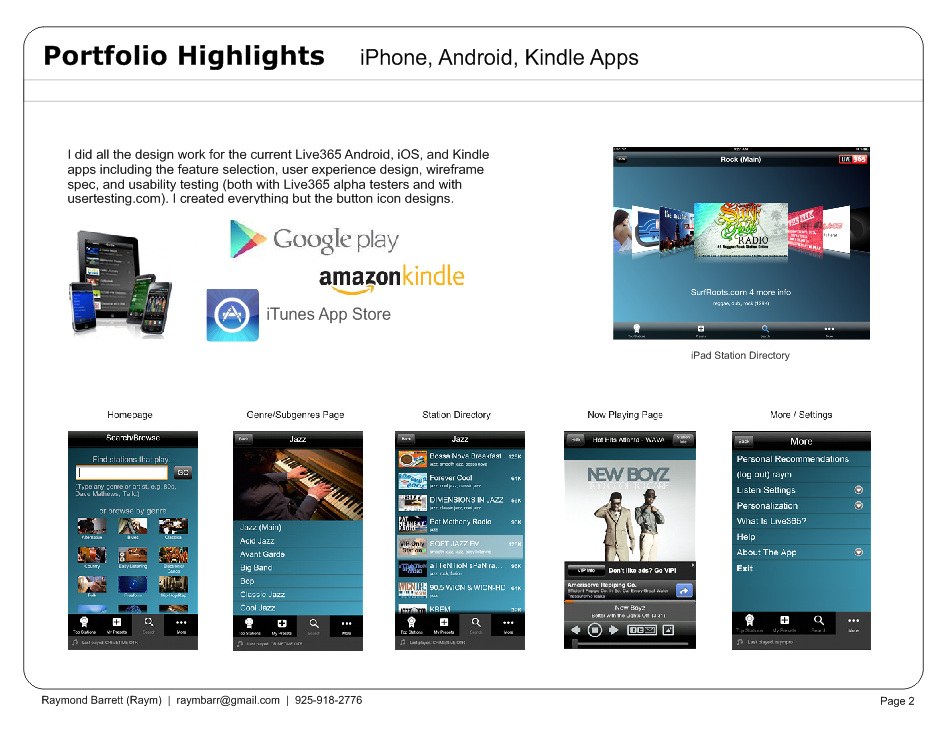 Open in new window to zoom

For an earlier Blackberry version: researched, interviewed, and hired an outside development agency to do the development work while we concentrated on iOS.

The Live365 app for Android and iOS continue to be downloaded and used by over 100k new users per month and rack up millions of listening hours/month including versions for iPad, Android tablet, and Kindle.